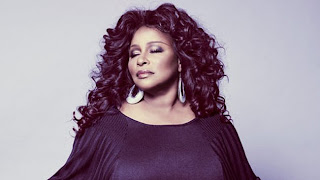 Image courtesy of Centric.
They tell me I’ve loved Chaka Khan since I was a baby.  Whenever her music was played, I’d apparently get excited, get up in my crib and start dancing.  Even then I was enchanted by this fiery, bold as love, soul sista.  As I got older, my love, respect, and admiration for her and her talent only grew.  She is and will always be one of my all-time favorite singers. 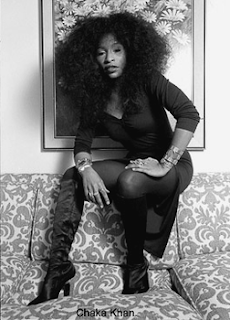 I’ll never forget the first time I got to see Chaka Khan live.  It was late November 2011 at The Birchmere in VA.  I was with my partner, mother, and grandmother.  And was it an experience!  While I knew Chaka would bring it like no other, I had no idea the show would impact so deeply.  Within the first few minutes, I was in tears.  Entranced.  Enraptured.  Captivated.  Spellbound.  I was emotionally and spiritually overwhelmed.  Here I was, sitting in the audience being serenaded by someone who I loved all my life.  Her soulful wail pierced my core and I was rendered helpless.  I surrendered to the Queen of Funk-Soul.

Chaka took us on a musical journey, singing a wondrous selection of her greatest hits and covers of tunes by some of her favorite artists.  The concert was as eclectic and vast as her rich catalog.  She sounded and looked better than ever.  It was quite clear to me that Chaka could put many of her peers (past, present, and future) to shame after this concert.  I didn’t want it end (and neither did anyone else).  It was musical bliss.  We could’ve easily spent the rest of the night calling Chaka and her band back for more encores.  But that’s what dreams are made of, right? 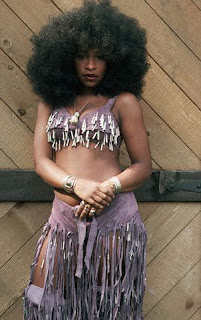 2013 marks two major milestones for Chaka Khan:  her 60th birthday (March 23, 2013) and 40 years in the entertainment industry.  Chaka will be unveiling a series of projects to commemorate these milestones.  Following the release of the March 16th “Stars Tribute” issue of Billboard Magazine, Chaka launched the 100 Days of Chaka campaign.  Introduced via an Augmented Reality app, the 100 Day of Chaka campaign “marks the 100 days from her birthday (March 23) to the anniversary of the release of her first recorded album with Rufus, Rufus (July 1, 1973) 40 years ago. This timeline will highlight daily, a series of historic moments in Chaka’s career, mixed with celebratory current events.  The 100 Days of Chaka culminates with the release of The iKhan Project: Alive! The Commemorative Edition, in stores July 2″ (Soul Talkin’ With Chaka).

Later this year, Chaka will release The iKhan Project: Jazz, an album produced by renowned musician and composer Robert Glasper.  Fans can also look out for the I’m Every Woman Tour; television specials; an updated version of Through The Fire, Chaka’s memoir; the relaunch of www.chakakhan.com; the relaunch of Chakalates, her signature gourmet chocolates; the launch of her Khana Sutra candles, and much, much more.  I must say, 2013 is gearing up to be a celebration fit for a legend!  Chaka deserves every moment of it (and then some). 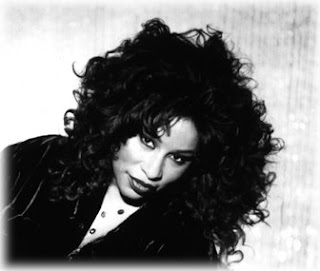 Happy Birthday and Happy Anniversary, Chaka Khan!  Thank you for sharing your spirit and your boundless gifts with us.  We will forever be moved.  Here’s to a fabulous 2013 and beyond!