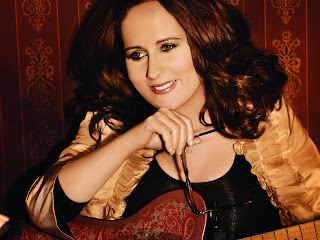 Image courtesy of the That Grape Juice site.

Music is meant to inspire/To elevate you and to take you higher/Like the prophets spoke words to my soul/Letters of love like silver and gold/…Sign myself to you forever. ~ Teena Marie, “Luv Letter,” Beautiful (2013)

I spent countless days spinning Teena Marie LPs as a child.  Funny how not much has changed even as an adult.  Her performances on songs like “Cassanova Brown,” “Shadow Boxing,” “Portuguese Love,” “Deja Vu (I’ve Been Here Before)” and “If I Were A Bell” held me captive.  Her sophisticated funk on “Square Biz,” “Lovergirl,” “Playboy,” “Midnight Magnet,” “It Must Be Magic,” and “Behind The Groove” rocked me deeply.  There was something about her that was so special and unique, that it emanated from every note she wrote, played, and sang.  You could feel her soul in each musical thread from 1979’s “Wild and Peaceful” to 2013’s “Beautiful” (her final studio album).  These threads wove a beautiful tapestry that will live on beyond her years. 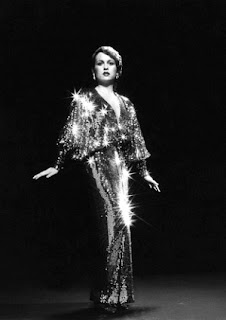 Her artistry is/was amazing.  Known as the “Ivory Queen Of Soul,” her music, with its poetic lyricism, encompassed so many genres—R&B/Soul, Funk, Hip-Hop, Latin, Jazz.  It transcended categorization and race.  If her mission was to bring people together with her gifts, she accomplished it quite well.

Inspired by Smokey Robinson, Al Green, Aretha Franklin,  “Sarah Vaughan, Johann Sebastian Bach, Shakespeare, Maya Angelou, and Nikki Giovanni just to name a few,” Lady Tee’s music was as diverse as her inspirations.  If you listen to her catalog, you’ll hear that she placed no limits on herself or her music.  She went where the spirit moved her.  In a career that spanned over 30 years, the progression was astounding.

While Motown was not initially on board with giving Teena Marie complete creative control, they changed their tune after two successful albums produced by Rick James, Wild and Peaceful (1979), and Richard Rudolph, Lady T (1980).  Marie wrote, produced, and arranged her third and fourth studio albums, Irons In The Fire (1980) and It Must Be Magic (1981).  These albums are regarded as some of her best work, and featured the hit singles “I Need Your Lovin'” (her first top 40 hit), “Young Love,” “Square Biz” (one of the first songs to bring hip-hop to the forefront by melding it with contemporary R&B/Soul music), “It Must Be Magic,” and “Portuguese Love.”  Legal disputes with Motown would later hinder Marie from releasing music.  A lawsuit ensued, resulting in the creation of “The Brockert Initiative,” which made it illegal for record labels to withhold releasing music from their artists while still under contract. 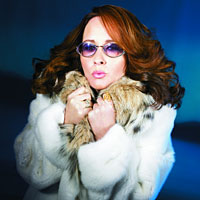 In 1994, Marie independently released the fan-favorite Passion Play on her Sarai Records label.  Though she continued to perform, she devoted most of her time to raising her daughter Alia Rose, a singer and songwriter in her own right known as Rose La Beau (featured on Marie’s Sapphire, Congo Square, and Beautiful albums).  It would be 10 years before releasing her next studio album.

Marie later signed with the Cash Money Classics label, and released two stellar albums, 2004’s La Dona and 2006’s Sapphire.  The gold-selling La Dona was her highest charting album on the Billboard 200 (#6), and featured the Grammy-nominated single “Still In Love” (#23 R&B/#70 Pop) and the sultry, Quiet Storm jam “A Rose By Any Other Name,” featuring the late great Gerald Levert (#53 R&B).  Sapphire featured “You Blow Me Away,” a tribute to Rick James, two duets with Smokey Robinson “God Has Created” and “Cruise Control,” a tribute to Hurricane Katrina victims “Resilient (Sapphire),” and the funky, mellow-smooth lead single, “Ooh Wee” (#32 R&B). 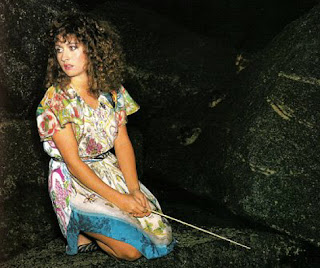 Image courtesy of the Soulbounce site.

I wanted to do songs that reflected the things that I loved when I was growing up. Every single song on the record is dedicated to someone, or some musical giant that I loved. ‘The Pressure’ is dedicated to Rick James; ‘Can’t Last a Day’ is dedicated to the Gamble & Huff sound – the Philly International sound. Then ‘Baby I Love You’ and ‘Ear Candy’ are dedicated to Marvin Gaye and Curtis Mayfield – with memories of riding down Crenshaw in LA in jeeps and bumping to music on the 808. While ‘Miss Coretta’ is, of course, dedicated to Mrs. Coretta Scott King, the late wife of Martin Luther King. ‘Solder’ is for the soldiers. ‘Congo Square’ is for Congo Square – it’s for the slaves and the great musical geniuses and giants that have come out of new Orleans, and the great Jazz era. And Louis Armstrong…

Beautiful, the album Marie was working on prior to her passing, is everything the its title implies.  It’s practically a perfect artistic depiction of who she was—an amazing woman and mother, and a versatile, passionate, soulful, ever-changing, multi-talented singer, songwriter, musician, arranger, and producer.  She was a musical genius.

Though she didn’t always get the kudos she deserved from the mainstream, Lady Tee will always be regarded by fans, musicians, and contemporary R&B/soul critics alike as one of the best to ever do it.  Here’s to you Teena Marie! The Tee lives on!