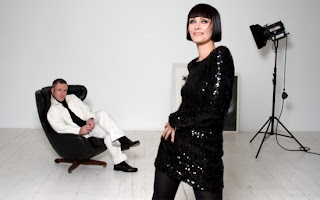 Image courtesy of Quest Music.
I appreciate my family for instilling such a deep love and respect for music.  Our taste in music is os a wide-ranging and eclectic.  We listen to everything.  One group that my family has loved for nearly 30 years is Swing Out Sister.

It was 1987 when we found ourselves transfixed with Swing Out Sister’s first two singles “Breakout” and “Twilight World,” from their debut album It’s Better To Travel.  I was 5 at the time.  We became diehards overnight.  We played It’s Better To Travel so much the CD started to skip incessantly (much to our chagrin).  If it wasn’t for the CD cleaner, that album would not have made it into the 90s and beyond.

In July, we had the chance to see Swing Out Sister play to a sold-out audience at The Birchmere in Alexandria, VA.  It was a night that we will cherish forever.  Here in the U.S., fans have been waiting for a Swing Out Sister tour for quite some time.  The North American dates for their 2010 tour were canceled due to the eruption of an Icelandic volcano.  As a result, which flights were grounded for several weeks throughout Europe.  Luckily, nothing could keep Swing Out Sister away from their fans any longer. 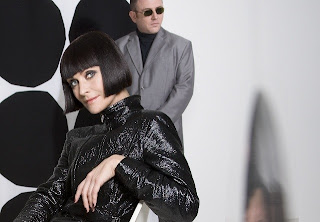 Image courtesy of Band On The Wall.
Swing Out Sister is the kind of musical ensemble that sound superb in the studio, but even more live.  The presentation, energy, and musicianship is astounding.  Their musical arrangements are some of the best you’ll here anywhere.  Because they continually reinterpret their hits, their music has a refreshing, ingenious quality.  Within these reinterpretations you hear many of Swing Out Sister’s influences—the sounds of Motown, Burt Bacharach, Phil Spector, Donny Hathaway, Donald Byrd, The 5th Dimension, and The Delfonics (amongst others).  Sometimes they’ll weave the melodies of some of their influences’ songs into their own tunes.  The result is a sweet, lush melding of Pop, R&B/Soul, Jazz, Latin, and Funk.  Some might call it Sophisticated Pop.  It’s familiar yet very unique.

Corinne Drewery, the lead singer/songwriter, looked and sounded flawless.  Her voice is like velvet, warm and seductive.  She remains one of the most stylish women in the industry.  Andy Connell, pianist/keyboardist/songwriter and the Swing Out Sister band played to the hilt.  They played selections from just about every album in their catalog, with hits and fan favorites such as: “Incomplete Without You,” “Notgonnachange,” “You On My Mind,” “La La Means I Love You,” “Stone Soul Picnic,” “Am I The Same Girl,” “Everyday Crime,” “Breakout” and “Twilight World.” 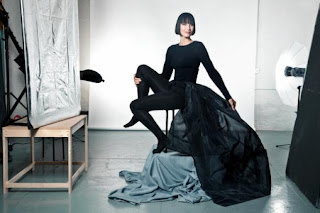 Swing Out Sister took us to a musical wonderland, somewhere deep in the night.  And we didn’t want the night to end.  Much like their song “Love Won’t Let You Down,” Swing Out Sister won’t let you down either.