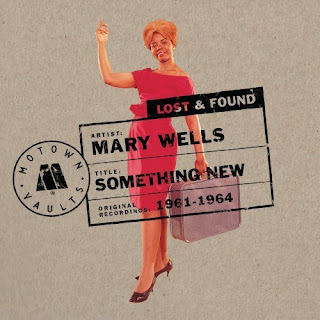 Greetings!  My apologies for the lack of posts this week.  I got sick the day after Thanksgiving and have been resting as much as possible.  Much to my surprise while resting and browsing on Amazon, I discovered a forthcoming 2-CD compilation from the iconic Mary Wells entitled, Something New: Motown Lost & Found.  The official release date is 12.04.12 (just in time for the holidays).  Something New is the perfect gift for Motown music lovers, Mary Wells fans, or simply connoisseurs of classic music. 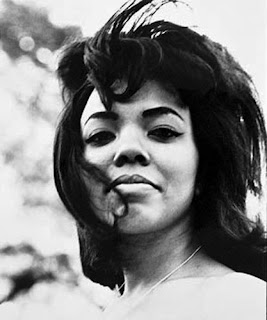 Something New features stereo mixes (for the first time) of 47 rare tunes written and produced by Smokey Robinson, Holland Dozier Holland, Berry Gordy, Mickey Stevenson, and Sylvester Potts (of The Contours) to name a few.  23 of the collection’s tunes went unheard until now.  Included in these gems are duets with Marvin Gaye; sides Wells recorded for an unfinished standards album; superb tunes Motown was gearing towards the AC (adult contemporary) market, some of which featuring The Four Tops on background vocals; “Your Loss, My Gain,” a b-side to Wells’ single “You Lost The Sweetest Boy” and the track which inspired the collection’s title “This Is Something New.”

The remaining are 24 tunes Motown released on a variety of collections after Wells’ departure from the label in 1964.  Some of which were included on the 1966 Vintage Stock album, 1993’s Looking Back, Marvin Gaye’s first boxed set, and several other rarities albums.  I don’t know about you, but I’m sold! 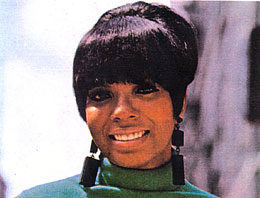 In the last two years, I’ve fallen head-over-heels in love with Mary Wells.  My lovefest with The Queen of Motown was spearheaded after learning more about her life and career through TVOne’s Unsung series.  Like many, I swept away by her sweet, seductive, soulful, and emotive contralto.  No one can sell a song like Mary Wells.  Each song—a performance like no other—illustrated a different glimpse into her unique artistry.

Between 1961 (beginning with the self-penned “Bye Bye Baby”) and 1982 (“Gigolo,” her final hit), Wells scored nearly 20 top 50 hit singles between the R&B, Pop, and Disco/Dance charts.  While most of her music is infectious, it was the Smokey Robinson-penned tunes that are most affecting and brought out Wells finest performances.  These songs include “Two Lovers,” “You Beat Me To The Punch,” “The One Who Really Loves You,” “What’s Easy For Two Is So Hard For One,” and  one of my all-time favorites,”When I’m Gone” (featured on Something New).

Wells’ music was moderately successful in the period following her departure from Motown.  She recorded for a number of labels, but none of theme seemed to be well-suited in giving her music the attention and promotion it deserved.  A resurgence in the 1980s led to Wells becoming an immensely popular touring artist.  In 1989, Wells was recognized for her musical legacy as one of the first Pioneer Awards’ recipients from the Rhythm and Blues Foundation. 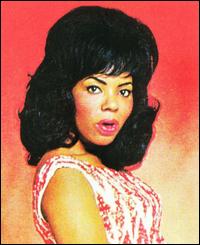 Image courtesy of the WikiMusicGuide site.

Wells career was cut short in 1990 after being diagnosed with laryngeal cancer.  Without proceeds from record sales or touring, cancer treatment took a tremendous toll on her finances.  Fortunately she was able to maintain treatment and stay afloat through financial support from the Rhythm and Blues Foundation and fellow artists like Stevie Wonder, Diana Ross, Mary Wilson, Aretha Franklin, Anita Baker, Bonnie Raitt, and Bruce Springsteen (to name a few).  Wells also received an undisclosed six-figure settlement from a lawsuit against Motown for lost and unpaid royalties from her recordings.  After a brief remission, her cancer returned in the summer of 1991. Sadly, Wells died on July 26, 1992.

Wells was fighter till the end.  Her spirit, no matter how great the setbacks in her life were, never seemed to diminish.  Wells—like Florence Ballard and Tammi Terrell—was a beautiful and remarkably talented and gifted singer who life ended too soon.  But thankfully, her artistry and soul will forever transcend space and time in the musical legacy she left behind. 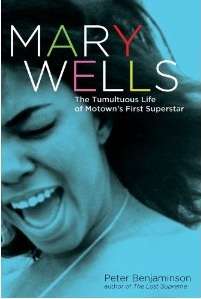 To learn more about Mary Wells, check out the full episode of TVOne’s Unsung on the SoulTracks site.  Also check out the latest biography by Peter Bejaminson entitled Mary Wells: The Tumultuous Life of Motown’s First Superstar.  Benjaminson is also the author of The Lost Supreme: The Life of Dreamgirl Florence Ballard.