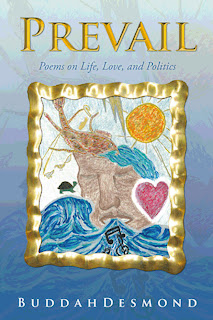 You can make yourself as happy as can be.
But the happily-ever-after part—not too sure about that.
I think happily ever after is determined by fate, destiny, and the Creator.

So much of the happy ending is rooted in fairy tales.
After a certain stage in life, you realize that these fairy tales were fantasy at its
finest.
Everyone fawned over the fantasy life depicted in these unlikely tales.
But life would never be that,
And if real life could be like the fantasy—would you really want it?
Is there any promise that it will be happy?
It’s a farce to believe so.
One day an event will occur that will disrupt the foundation you thought could
never be shaken.
It’s like people who say they never have bad days and they can get along with
everybody.
How can you really be like that all the time?
That’s not real;
That’s not life;
That’s not human.
I know for sure that I would not want to be around the quasi-real, always-happy
people when the shit hits the fan.
I’d want out immediately.
I’d be scared for all of us.
It’d give a whole new meaning to the saying, “That bitch just cracked up.”

In all seriousness, we can make the best and the worst out of our lives.
We can influence its mood, tone, and character.
We are, after all, the main players, and we hope—one of the writers in the
screenplay of our lives.
We have power, but to a point.
We can create the plot and bring about a tremendous amount of drama,
But we cannot surmise how it will end.
What we can do is live like we’ve never lived in this world before,
Love like our hearts will burst if otherwise,
Be what we need for ourselves, those around us, and those coming up behind
us.
The rest—I do believe—is left to fate, destiny, and the Creator.