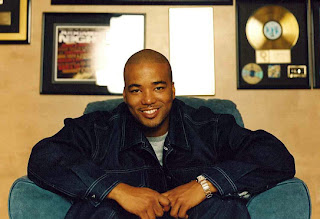 Image courtesy of the BrooklynVegan site.

‘”I am utterly, utterly devastated…It feels unfair to us. He was our wealth. Chris was like the fruition of all that could be. He was loved.”‘ ~ Harry Allen, Hip-Hop Activist (NY Daily News, 2012)

When I first started seeing tweets on Thursday that Hip-Hop mogul Chris Lighty had passed, I couldn’t believe it.  I immediately started doing some research to see if these claims were true.  Eventually, site after site confirmed that he had in fact died.  Suddenly it seemed as if my day was at a standstill.  I couldn’t do anything.  His passing saddened me so.  Lighty was, at only 44, yet another pivotal figure gone too soon.
Lighty, CEO and co-founder of Violator Management/Brand Assets Group, was a fixture in the world of Hip-Hop since the late 80s.  It was impossible to experience anything in Hip-Hop without feeling Lighty’s impact.  He truly was one of the last great power moguls in the entertainment industry.  Lighty began his career carrying records for Kool DJ Red Alert and acting as a party enforcer for the DJ and their Violators crew (The Grio, 2012).  Also a DJ, Lighty was known as “Baby Chris.”  He went on to become a respected manager, managing the careers of several Native Tongues acts, including the groundbreaking, influential groups De La Soul and A Tribe Called Quest.
Lighty credited his time working in several executive positions under Russell Simmons and Lyor Cohen at Def Jam and Rush Artist Management as being pivotal to him becoming an entrepreneur.  Under their tutelage, Lighty, in a 2011 Black Enterprise article, said,

‘”I learned you are only as strong as the people around you,” he says. “You’ve got to build a good team–from your accountant to your right-hand man to employees–the whole nine yards,” he says. “I also learned you can have a plan [for what you want your business to look like], but you need to know when to deviate from it. You have to be able to bend and sway with the moment…“‘

And it’s clear that the he applied (and expounded upon) what he learned from his experiences when establishing his own business, Violator Management/Brand Assets Group, with co-founder Mona Scott.  Lighty was a highly lauded and favored, achieving stellar success managing the careers of artists such as LL Cool J, Missy Elliott, Busta Rhymes, Foxy Brown, Mariah Carey, Diddy, and 50 Cent.  Lighty was also praised for brokering multi-million dollar endorsement deals for his artists, most notably for LL Cool J and 50 Cent.
Lighty, in a 2011 Black Enterprise article, said one of the keys to success in the entertainment industry is diversification.

‘”From my point of view you have to be a multi-tasker and know every aspect of the entertainment business,” says Lighty, whose marketing firm has inked deals with Adidas, Coca Cola, Sprite, Reebok and Motions Hair products and others. “Back in the day you could get away with focusing on one thing, like A&R. Now whether its digital, marketing, A & R, radio, whatever–you have to know how to get your artist from A to Z, even if you need help pulling it all off.”‘

Other important keys to his success, as highlighted in 2011 by Black Enterprise, were 1) thinking outside of the box, 2) consistent common courtesy, 3) always adapting to your environment, 4) believing in your business or failing in your business, and 5) using persistence to overcome resistance.
Lighty was respected, admired, and loved by so many, within and outside of the entertainment industry.  The outpouring of love on Twitter was more than enough to signify this.  Devastating already, the news that his death was a suicide made the impact, I’m sure, even more so affecting.  You never know what a person is truly going through, especially when it appears from the outside that everything is cool.  News reports state he was having financial woes, and that he’d gotten into a spat with his estranged wife over the phone just before taking his life (NY Daily News, 2012).  We may never know or understand the full extent of what Lighty was going through, but sadly—he was troubled.
With Lighty’s untimely death, I hope our community takes it upon itself to say enough is enough.  It perplexes me why mental health remains such a taboo subject in our community.  So many of us are suffering in silence.  There’s no need for it.  It must stop.  If we have to look beyond ourselves to get the help we need, so be it.  Prayer is not always enough.  Ignoring and suppressing our issues is not cutting it.  Self-medicating with alcohol, drugs, and other addictions—thinking it will make everything better—is no way to win the battle.  Sometimes we need an intervention from trained professionals in the form of counseling, therapy, and/or medication.  As someone who’s battled with depression, I know.  We must not be afraid to speak on our issues and get the help we need.  There’s always support available.  We have to take better care of ourselves.  Good mental and emotional health is critical to sustaining our overall well-being.  We have to prevail.
My condolences to Chris Lighty’s family and friends.  As writer Danyel Smith said in a recent NPR story,

“Chris Lighty made history. He helped make hip-hop. He was a success story. He was a sweet and brilliant man. But there will be no more knowing of him — the complexities, the simple s—-, nothing. The man in the liner notes, the kid backstage, the dude counting the show money, the father with his children. It’s beyond tragic. Everybody’s Baby Chris is gone.”