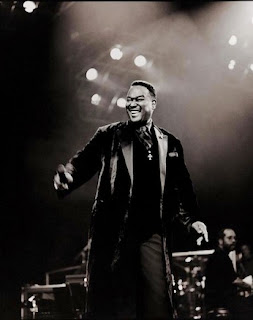 As of this month, it’s been 7 years since Luther Vandross’ death.  And I think I can speak for many of his beloved fans (myself included) by saying that we still miss him dearly.  His catalog of music is rich, vast, and seemingly more relevant now than ever.  A true balladeer, Vandross sung about love and relationships with such passion, tenderness, and intensity.  His music touched a cord with many, because there was a soulful sensitivity and vulnerability within his voice that made him immediately relatable.  Like Whitney Houston, Luther Vandross was in a class all by himself.  There never will be another like him.  We will forever sing his praises.

Below, I’ve include a poem featured in my book Prevail written in tribute entitled, “Luther is Love.”

Luther—
Or Loofah, as some of us called you—
Still in denial about your passing on,
Doesn’t seem real.
Gone too soon,
But never, ever forgotten.

Luther—
The silky smooth voice,
Flawless,
Full of passion and emotion,
Consummate artistry and professionalism.
A rare commodity,
Especially in the world of contemporary music.
You will remain in a class all your own!

Luther—
Exemplifying class and grace on and off the record.
Media seems to want to “out” you now,
But whatever your sexual orientation, it wasn’t and isn’t an issue.
Media also seems to want to make a big deal about your weight,
But that was just as insignificant with us as well.
It’s the contributions you made that matter;
It’s who you were as a person that matters.

Luther—
You sang in a way that made us feel like you were singing only to us,
Expressing all that we were feeling.
It was a musical connection that became deeply personal and spiritual.
You’ve touched us in so many ways.
For you, we are forever grateful.

Luther—
You spoke of love in all of its splendor.
You are the balladeer of love,
One of the greats.
Your music and spirit will continue to move us eternally.
You will always be loved,
For you are love.