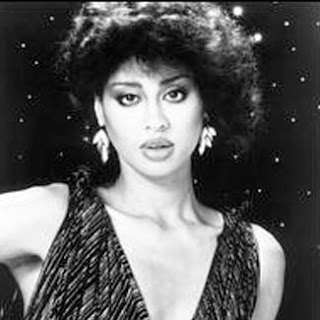 Image courtesy of The Sound of Philadelphia (Soul Radio) site.

Today would’ve marked the 63rd birthday of legendary singer, songwriter, actress, model, and entrepreneur Phyllis Hyman.  A serious void has been left since her untimely death in 1995.  A singer’s singer, she was one of the greatest interpreters of song to grace the stage.  She had a larger-than-life voice, personality, and presence.  Hyman was a star in every sense of the word.

Born in Philadelphia, PA and raised in Pittsburgh, PA, Hyman was the eldest of seven children.  Inspired by Nancy Wilson, Dionne Warwick, Minnie Riperton, and James Brown, Hyman said she didn’t know she could sing.  But anyone who heard her voice then or now would tell you differently.  Hyman perfected her chops by performing on the club circuit in the early 70’s with groups such as New Direction, All the People, The Hondo Beat, and The P/H Factor.  After leaving The P/H Factor, she moved to NYC and relaunched herself as a solo artist and became the talk of the town.  She initially recorded songs like “Leaving The Good Life Behind” and “Baby (I’m Gonna Love You)” for the Roadshow Records/Desert Moon imprint.  However, it was her work with Norman Connors on his You Are My Starship (1976) album that brought her major mainstream attention.  Their remake of the Stylistics’ “Betcha By Golly Wow” was a major Jazz and R&B radio hit.  The Starship album also united Hyman with Michael Henderson for the first time on their duet “We Both Need Each Other,” another radio hit.

Hyman and Henderson would later have a top-ten R&B hit with their classic duet “Can’t We Fall In Love Again” in 1981 (from Hyman’s album of the same name).  Between the years of 1974 and 1991, Hyman released 8 studio albums (Phyllis Hyman, Sing A Song, Somewhere In My Lifetime, You Know How To Love Me, Can’t We Fall In Love Again, Goddess Of Love, Living All Alone, and Prime Of My Life), starred in 4 films (Lenny, Too Scared To Scream, School Daze, and The Kill Reflex) and appeared on Broadway in Sophisticated Ladies, where her role earned a Tony Award nomination.  Two albums were released posthumously in 1995 (I Refuse To Be Lonely) and 1998 (Forever With You).

Hyman made an indelible mark on the industry and with fans by singing realistic, heartfelt love/torch songs.  She wore her heart on her sleeve.  If she couldn’t feel or relate to the music in some way, she couldn’t sing it.  With songs like “Living All Alone,” “Old Friend,” “Meet Me On The Moon,” “When You Get Right Down To It,” “Somewhere In My Lifetime,” “You Know How to Love Me,” “Obsession” (with Lonnie Liston Smith), and her lone #1 R&B hit “Don’t Wanna Change The World,” Hyman captivated her audience with her signature style and one-of-a-kind voice.

Throughout her life, Hyman battled with bipolar disorder and suffered from alcoholism, along with drug and food addictions.  Hyman’s songs like “Living All Alone,” “Living In Confusion,” “The Sunshine In My Life,” and “I Refuse To Be Lonely,” offered a glimpse into the troubles Hyman had been experiencing.  In Jenice Armstrong’s article “Hyman’s Demons” from the Philadelphia Daily News, Jason A. Michael, author of Strength of a Woman: The Phyllis Hyman Story, said that Hyman ‘”fought so hard to remain in control, but the truth is that she wasn’t…She would get so nervous. She would get so scared. She had a great fear of success because, deep down, she didn’t feel that she really deserved it.”‘  Sadly, Hyman took her life several hours before she was to perform at the Apollo Theatre on June 30, 1995.

She left behind a beautiful legacy of work.  While she may no longer be with us, her spirit will continue to live on in her family, friends, fans, and music.  Happy Birthday Phyllis Hyman!  We miss you!  Goddess of Love, rest in peace!

Have a great weekend!