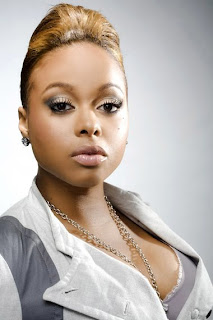 I’ve been loving Chrisette Michele for a few years now. Her most recent album – Epiphany – stays in rotation. I play it once and cannot seem to stop playing it again. The sign of a great album is one that leaves a lasting impression on you. It moves you. You can’t get the music out of your head. It just hits the spot (or several spots). This album, I must say, is one of the best R&B/Soul releases of the year. While it may have been criticized for not having as many of the jazz-inflected arrangements as her debut, there’s no denying the jazzy vocals from this songbird.

Her voice is a mystical, musical instrument with personality, lots of color, varying tones, shades, and timbres, and a wide range. It’s sexy, soulful, and passionate. And it has a girlish quality that is reminiscent of the late great Ella Fitzgerald (one of her greatest influences – along with Sarah Vaughan, Billie Holiday, and Natalie Cole to name a few). She has the innate gift to sing anything and make it believable. She takes you there. You’re riding with her from beginning to end. And every song is a performance. Each one different from the last. Which also brings to mind another great lady of song – Phyllis Hyman. Though she sounds nothing like Phyllis Hyman – there’s something about the way she delivers a song that reminds me of Phyllis Hyman. Phyllis Hyman owned her songs. She commanded the stage. She took you on a ride. It didn’t matter where she was taking you because you were so happy and so moved to go along anyway. And that’s what Chrisette Michele does. If her artistic and musical growth is any indication, she will go down one of the best vocalists of all time.

One thought on “Day 6: Chrisette Michele – One of this Generation’s Best Vocalists”