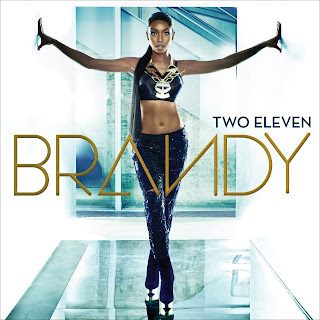 It’s official… Brandy’s sixth studio album, Two Eleven, is a smash!  Her latest effort debuted at No. 3 on Billboard’s Top 200 Albums chart and No. 1 on the R&B/Hip-Hop Albums chart, selling nearly 65,000 copies in it’s first week.  Two Eleven is Brandy’s fourth album to debut in the top ten on the Billboard Top 200 Albums chart.  And Brandy’s first single “Put It Down” (featuring Chris Brown) became her first Top Five song on Billboard’s R&B/Hip-Hop Singles chart since “What About Us?” in 2002.  This is confirmation that Brandy has comeback in a major way.

As exemplified on Two Eleven, Brandy has come into her own as a woman and an artist.  She did what some would call a revolutionary act in modern music—she made an unadulterated R&B album.  While several of today’s biggest writers and producers (Warryn Campbell, Mario Winans, Mike City, Rico Love, Bangladesh, Sean Garrett, Tha Bizness, Danja, Switch, Jim Jonsin, and Frank Ocean) are featured on the album, the sound and style is thankfully not representative of the electro-dance-pop oriented music that is so prevalent with many of Brandy’s R&B contemporaries.  Instead, Two Eleven harks back to the feelgood R&B music of the 90s yet is resoundingly fresh (as heard on songs like “Wildest Dreams,” “Wish Your Love Away,” “No Such Thing As Too Late,” and “Do You Know What You Have”). 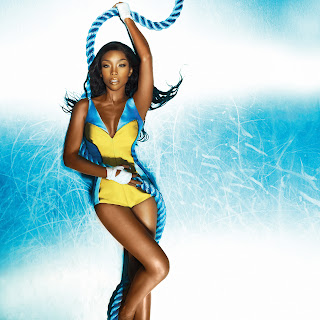 It’s hard not to get caught up into Brandy’s rich, soulful voice while listening to Two Eleven.  Clearly, Brandy is happy and in love—her voice embodies it.  Esthero, another one of today’s best singer-songwriters, said, “If god could sing – she’d sound like Brandy.”  This is a testament to the beautiful instrument Brandy continues to bless us with.  The growth and maturity of her expansive voice is astounding (just listen to “Hardly Breathing,” “Without You,” and “Paint This House”).  Without any doubt, she is one of the best of singers in the game—PERIOD.

Brandy’s recent success may comes as a surprise to those who may have written her off after 2004’s Afrodisiac and 2008’s Human.  However, it’s only a reminder of Brandy’s resilience and her influence.  After nearly 20 years in the industry, she’s still making music that moves people and she’s doing it her way.  As one of her longtime Starz, I have high hopes for the Two Eleven era and happily anticipate what Brandy does in the future.