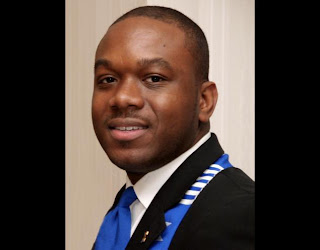 During the Spoken Word Hour at the Baltimore Urban Book Festival this past Sunday, 7/14/13, I recited “The Ironic State of Black Men in Society” from the “Life” section of Prevail.  I thought it quite fitting considering recent events.  Video of the performance is forthcoming.

The Ironic State of Black Men in Society

Often seen as failures, hoodlums, and vagabonds.
Rarely honored or acknowledged for the greater good they’re doing for their
families, their communities, and themselves.
With that depiction in the media how could their outlook not be gloomy?
But that’s only if you aren’t hip to the real T of their plight.

For some strange reason, in the larger society, it is hard for them to be accepted
as intelligent, honorable, responsible beings in areas outside of entertainment.
And when this perspective of them is challenged, it’s met with all kinds of
resentment, distrust, doubt, and downright hatred
Anytime reality trumps perception the masses can’t seem to handle it.

And when they happen to be seen in a positive light, and something happens to
them, or they are accused of an action that casts a negative light on the initial
impression,
They are immediately baited for the wolves.
Regardless of proven guilt or innocence, they’ve already been placed into the
proverbial jail,
Never to be redeemed or forgiven.
They are made to pay for their misgivings and backfires—whether intended
or not, whether guilty or not—for several lifetimes over.
Even after death, vindication is not promised, if ever granted,
’Cause the fickleness of society will not enable a shift in feeling, right, judgment,
or frame of mind.

The road to justice and finding a relevant, truthful place for black men in this
world does not seem possible in any of our lifetimes.
While the imagery and experiences are not, and will not, always be positive,
The belief that black men are no good is ever prevalent.
What has happened, unfortunately, to their plight has many causes and fingers
that can be pointed at many places.
But the realness, the truth, and the change begin within.
Just because you’ve been denigrated to a certain caste in the world
Does not mean that you have to accept it or embrace it as your own.
Defy what stood before you;
Challenge what you’ve walked into.
Create something better to live on, and impact those coming after you.
That’s where your power lies.
There’s no guarantee that it’ll change minds,
But people will take note.

As long as you define who you are,
and continue to build yourself and your people up,
redemption is guaranteed.
There’s no need to seek the approval or consent of the outsiders. 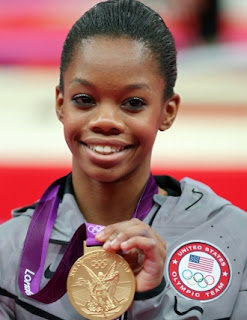 Image courtesy of OK! Magazine site.
I was a bit appalled when I began to see an abundance of chatter online about Gabby Douglas’ hair, especially in lieu of the history she’d just made at the London Olympics.  For crying out loud, Gabby Douglas is an Olympic gold medalist.  She became the first Black woman to win a gold medal in the All-Around Women’s Gymnastics Final at the 2012 London Olympics, and all people can focus on is her hair?  I thought to myself—how small and superficial for people to focus on something so miniscule.

Do people realize the amount of skill, talent, agility, diligence, and excellence that it took for Douglas to achieve this feat?  (Mind you, hair was not in the aforementioned list.)  I’m sure it was by no means an easy feat, but when you see Douglas on the floor—she makes it seem as if it’s effortless.  She glides through the air like it’s a natural thing—like it’s her second home.  You cannot help but to root for her.  You cannot help but to get emotional, as she’s beaten the odds.  Douglas is out on the floor giving her all and the only thing people can utter are comments about her hair… I’m overcome!
Where is the pride?  Where is the feeling of faith and encouragement?  At only the age of 16, Douglas has many accomplishments to be proud of.  Her story is one that many can relate to.  By watching what she’s done in London, there should be a sense of hope, inspiration, and motivation.  Douglas, like many, is an example of what happens when you are steadfast and relentless in working to achieve your dreams.  And in a field where so few who look like us achieve accomplishments such as these—this is a poignant, touching, remarkable moment.  A moment that we should all cherish dearly.
Even Douglas can’t fathom the focus on her hair and feels it should matter.  In a recent AP article featured on the Huffington Post site, Douglas said,

‘”I don’t think people should be worried about that…We’re all champions and we’re all winners. I just say that it’s kind of, a stupid and crazy thought to think about my hair.”‘

I agree.  As India.Arie sang so insightfully,

Gabby Douglas is more than her hair.  She is a beautiful, intelligent, talented, and gifted young black woman who’s made history.  But this is just the beginning of her story.  She’s represented our race and our country so well at the Olympics.  And if that isn’t enough—I guess nothing ever will be.