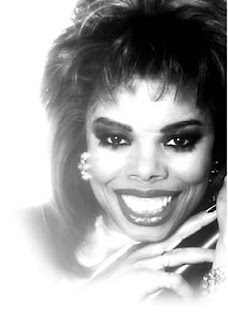 Image courtesy of the Millie Jackson’s Weird Wreckuds site
Soul sensation Millie Jackson recently celebrated her 68thbirthday on July 15th.  Over the last 12 years, she’s become one of my favorite singers.  I knew about Millie Jackson at an early age.  I remember a lot of female rappers (and singers) who’d always given Jackson credit for changing the game musically and showing that women could be talented, intelligent, and sexually liberated.  When looking through people’s record collections as a child, I also remember that they’d keep their Millie Jackson records towards the back of their record collection.  I always wondered why.  After hearing an interview she did with NPR in 2006, while I was away at college, I began to understand.  The interview led to me rediscovering her music.  I fell in love with her soulful delivery, the production of her music, and the down-to-earth, brash, realness of her lyrics.  I said, “Hmph, I now know why she created such a firestorm and why some may have been a little uncomfortable with the subject matter of her music.”
For those that couldn’t get into Jackson’s music or were too prudish to get down, I thought it was their loss.  There was no one in the industry at that time that talked about love, relationships, sexuality, and everyday real shit like Millie Jackson.  That immediately set her apart from her peers.  With just a few listens of her music, it’s also easy to see why she’s also referred to as the Queen of Hip-Hop.
With albums like It Hurts So Good, Caught Up, Still Caught Up, Feelin’ Bitchy, Get It Out’cha System, and Live & Uncensored, she showcased her effortless storytelling ability and passionate vocal delivery.  If you listen to her interpretive skills on songs like “If You’re Not Back In Love By Monday,” “If Loving You Is Wrong (I Don’t Want To Be Right),” and “Letter Full Of Tears,” you can’t help but to say she’s easily one the greatest soul singers ever.  The song that turned me out was her remake of Latimore’s “All The Way Lover.”  If you want to hear a song she flipped on its ear and made it all her own, “All The Way Lover” is the song.  It’s a 10-plus minute gem of Millie Jackson sangin’ her face off and telling-it-like-it-is.
No one, past or present, can bring the soul and the realness like Millie Jackson.  In terms of style, persona, and presentation, Jackson is a true original.  She’s a spirited, no holds barred, charismatic performer who’s inspired generations of artists.  She doesn’t always get the credit she’s due, but that doesn’t stop Jackson from doing what she does best.  Fortunately, Millie Jackson was recently featured in a commendable episode of TVOne’s “Unsung” series.  Go check it out.  I highly recommend it.
Millie Jackson, thank you for your many contributions.  Hope you had a beautiful birthday!