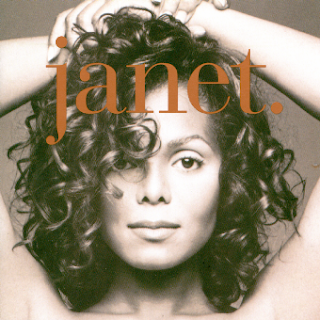 Like a moth to a flame/Burned by the fire/My love is blind/Can’t you see my desire?/That’s the way love goes. ~ Janet Jackson, “That’s The Way Love Goes,” janet. (1993)

May 18, 2013 marked 20 years since the release of Janet Jackson’s fifth studio album, janet.  janet. was a departure in sound and style when compared to Control (1986) and Rhythm Nation 1814 (1989).  The album unveiled a different side of Jackson—her sensual side.  Songs from her aforementioned efforts like “Funny How Times Flies (When You’re Having Fun)” and “Someday Is Tonight” provided mere glimpses of what would later be uncovered with janet.

janet. stands as a declaration of Jackson taking even greater control of the direction of her music and career, composing and co-producing (with Jimmy Jam and Terry Lewis) the majority of the music on the album.  If it wasn’t clear before, janet. proved Jackson to be a distinctive, innovative, and monumental force that had come out quite far from the shadow of her family’s fame.  With the removal of her last name, she (continued) to command respect on her own merits.  At the time of the album’s release, Jackson was well on her way to carving her own niche—one that continues to inspire and influence fans and artists alike to this very day.

Jackson’s albums are musical snapshots of specific periods in her life.  janet. represents Jackson’s exploration of her softer, sensual side and the confidence which comes from embracing all facets of ourselves and honoring who we truly are (inside and out).  It’s genuine.  It’s real.  It doesn’t comes off as contrived or pretentious.  You feel Ms. Jackson opening up in ways never heard before (“Anytime, Anyplace,” “The Body That Loves You,” “If,” “You Want This,” and “Throb”).  Aside from sensuality and intimacy, janet. delved deeply into relationships, the ups and downs of love (“Because Of Love,” “Where Are You Now,” “Again,” and “This Time” featuring Kathleen Battle), and the impact of racism and sexism (“New Agenda” featuring Chuck D of Public Enemy).

Vocally, Jackson delivered some of her most confident, sweet, sexy, and soulful vocals yet.  The songs, expertly paced, run the gamut from R&B/Soul, Funk, Pop, Jazz, Hip-Hop, Opera, and Rock.  janet. is an album that you can play straight through, uninterrupted.  Even at 75+ minutes, it never gets tiring or boring.  After 20 years, it’s safe to say janet. has aged quite well.

Musically, thematically, and visually, janet. took Jackson to even greater creative heights and laid the blueprint that many artists would follow soon after.  (Jackson would blow critics, fans, and artists minds alike again in 1997 with the release of The Velvet Rope).

Happy 20th anniversary to janet.  We thank you (again), Ms. Jackson, for this masterpiece.