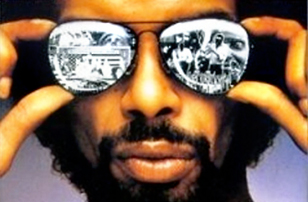 Gil Scott-Heron, famed author, poet, and musician, would’ve turned 64 on April 1, 2013.  I discovered his works when I was a teenager.  Scott-Heron opened my eyes (and ears) to new ways of combining powerful, revolutionary words with jazz, blues, and soul music.  A self-described “Blues-ologist,” Scott-Heron’s artistry carried on in the African American literary and musical traditions that preceded him. 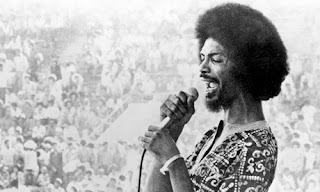 Image courtesy of The Guardian.

Scott-Heron’s legacy is often reduced to him being the Godfather of Hip-Hop/Rap, but there is so much more to him and his literary and musical contributions than that.  His work, ever culturally, socially, and politically conscious, served as honest, thought-provoking reflections of the times.  In one of the most astute profiles of Gil Scott-Heron,”The Devil and Gil Scott-Heron,” Mark Anthony Neal says,

For all of our memories of Scott-Heron’s political impact, his music covered a full gamut of experiences. A track like “Lady Day and Coltrane” paid tribute to Black musical traditions, while songs like “A Very Precious Time” and “Your Daddy Loves You” found Scott-Heron thinking about issues of intimacy. Well before proto-Harlem Renaissance writer Jean Toomer would be recovered by scholar and critics, Scott-Heron set Toomer’s Cane to music. Even as young activists make the connection between Black life and environmental racism, Scott-Heron offered his take on the plaintive “We Almost Lost Detroit.”

His work represented for his/our people.  It evoked the sentiments and oft-underrepresented (or unheard) perspectives of his/our people.  And like Stevie Wonder (one of his idols), Marvin Gaye, and Donny Hathaway, Scott-Heron’s work proved that you could still reach the people the with music of substance and contemporary relevance.

So here’s to you Gil Scott-Heron! The revolution goes on!