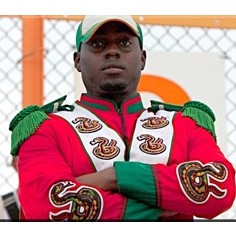 Image courtesy of the GLSEN Blog.
New developments came in the FAMU Robert Champion hazing death case.  Charges were upgraded to manslaughter for 12 of the defendants this week.  Robert Champion was a FAMU drum major who was viciously beaten to death by his fellow band members on a parked bus in Orlando, FL in November 2011.  There are claims that Champion, who was a vocal opponent of hazing and openly gay, may have been brutally beaten also because of his sexual orientation.  To find out more, read my article on MUSED, “Upgraded Charges in FAMU Robert Champion Hazing Death Case.”
MUSED Magazine Online is a pioneering “digital destination for lifestyle, entertainment & culture for modern black gay men.  MUSED serves as a collective of experiences and issues we care about” (see About MUSED).  Its mission is to raise the level of consciousness for our community and provide reliable, relevant, interactive, and engaging content for its readers.  MUSED is the only weekly online magazine for black gay men.