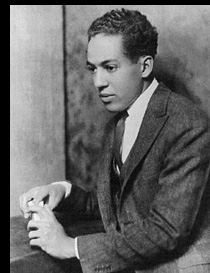 Today is not only the first day of Black History Month, but it’s also the birthday of poet, novelist, playwright, and activist Langston Hughes (1902-1967).  Hughes is one of the reasons why I write poetry today.

Growing up, I spent countless hours in the library losing myself in Hughes’ masterful poetry.  His poetry was jazz.  It was blues.  It was filled with so much spirit and life.  He captured the richness of our culture and history so eloquently.

Even given the social ills of the day, his work was evidence of his hope for a world where unity and equality trumped racism, inequality, and injustice.  Though the times may be (somewhat) different, the relevance of his writing remains strong.  The same can be said for the influence and inspiration of his artistry.

Thank you Langston Hughes for not dimming your light.  We honor you for your greatness and the blessings of your many contributions.  Here’s to you!

I, Too, Sing America by Langston Hughes

I, too sing America.

I am the darker brother.
They send me to eat in the kitchen
When company comes,
But I laugh,
And eat well,
And grow strong.

Tomorrow,
I’ll be at the table
When company comes.
Nobody’ll dare
Say to me,
“Eat in the kitchen,”
Then.

Besides,
They’ll see how beautiful I am
And be ashamed— 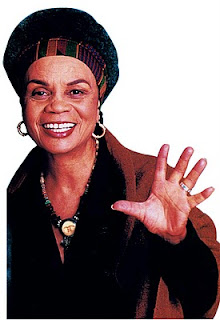 Sonia Sanchez is a phenomenal writer, poet, playwright, storyteller, educator and activist. Sanchez, one of the most influential poets of the Black Arts Movement, has written nearly 20 books of poetry and prose. Her poetry is rich with imagery, history, culture and emotion.  Her words have the ability to incite the mind, warm your heart and touch your soul. And she makes it look so easy.

Sanchez doesn’t take the past struggles or the current plight of our people lightly. In her poem “Catch The Fire” (written for Bill Cosby), she honors our ancestors and encourages our youth to find themselves, love themselves, go after their dreams and live up to the promise and passion of their “fire.”

Sonia Sanchez originally published “Catch The Fire” in Wounded in the House of a Friend (1997).  “Catch The Fire” was also featured in (and inspired the title of) Derrick I. M. Gilbert’s Catch The Fire: A Cross-Generational Anthology of Contemporary African American Poetry (1998).

For more information about Sonia Sanchez, please go to: www.soniasanchez.net. 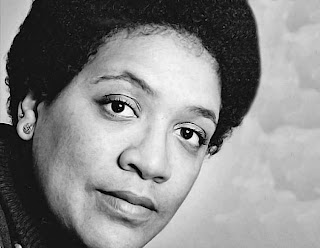 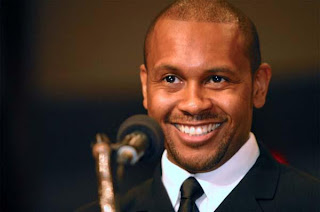 Image courtesy of Vibe Magazine.
Last week, my partner and I had the chance to attend AT&T’s 28 Days Speaker Series here in DC at the Lincoln Theatre.  Hosted by the ever funny comedian Rickey Smiley, the event featured renowned political activist, public speaker, writer, poet, and entrepreneur Kevin Powell.  AT&T’s 28 Days serves as a celebration of Black History Month and a community service initiative.  The program encourages us to recognize our history, find ourselves, and discover ways in which we can make history.

In Kevin Powell’s inspiring and motivational speech, he talked about the importance of knowing our history.  He said “not knowing your history is like a tree without roots.”  Our history helps us gain a better understanding of who we are and where we’re going.  Powell noted three imperatives to history:  faith (having a belief in something greater than yourself), vision (realizing anything is possible and that you can’t make history without a plan), and love (history must be rooted in love; you hate yourself when you don’t know who you are and when you don’t know your history).

Knowing our history is one of the building blocks to both personal and collective success.  Powell said, “Individual success means nothing if the community isn’t doing well.”  With a failing educational system, inherent generations of poverty, dire levels of incarceration and unemployment, there’s still much that we need to do to move our community forward.  Like Powell, I agree that we need to have spaces to engage in dialogue so that we can address the issues in our community and work to resolve them.  Programs like AT&T 28 Days are just one of the ways to fulfill this mission.

Powell closed out his speech by providing a list of six elements that are essential to making history.  These elements are as follows:

I firmly believe that our community will be better when we all work to better ourselves both individually and collectively.  We must be selfless.  We must remember our ancestors and our families, for we’re standing on their shoulders.  If it weren’t for their sacrifices and achievements, we wouldn’t be where we are today.  For the the sake of those coming after us, we must pay it forward.  We have to give our people hope.  And as Powell said,”[We can] give hope to people by example.”  So let’s be the example! 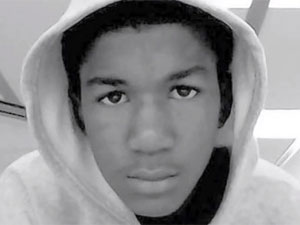 Today would’ve been Trayvon Martin’s 18th birthday.  He’s another young brother who was gone too soon.  Tragic.  Having just turned 17 weeks before he was killed, his was a life of so much promise.  Promise that will remain unseen and unfulfilled.

The loss of Trayvon Martin on February 26, 2012 changed everything.  The lives of his family, friends, and other loved ones will never be the same.  All we can do is hope, pray, and demand that justice will one day be served.  Good news today is that Judge Debra S. Nelson denied George Zimmerman’s request for a five-month delay in Martin’s case (New York Times).  The trial will move forward as scheduled on June 10, 2013.  While we cannot bring him back, justice for Travyon Martin’s killing will bring some closure for all of us.

Trayvon Martin, we’re fighting for you.  We will never forget you. 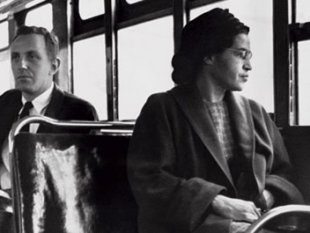 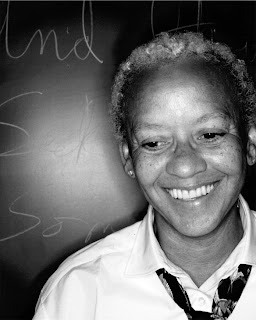 The trip to Mars can only be understood through the history of black Americans. Because Mars is Middle Passage. And we’re going to have to study Middle Passage if we want a future on Earth.  If we want to move forward we have to study it. ~ Nikki Giovanni, “Meet The Poet,” Learn Out Loud

Nikki Giovanni has been a favorite writer of mine since I was a teenager.  I’ve always found her writing to be honest, witty, and soulful.  It exudes the feelings and elements of soul, blues, jazz, gospel, and folk music.  Giovanni’s social and political commentary is searing, at times jolting, but usually on point.

Her eloquent poetry reflects not only the African American experience, but the human experience.  And even if you don‘t agree with her perspectives, your eyes, ears, heart, and mind will be open in ways that they might not have been before.  I believe Giovanni’s poem “Quilting the Black Eyed Pea (We’re Going to Mars)” is a great example of this. 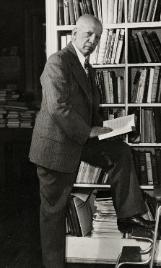